I’ve been trying to write about my daughter getting lost in Sears, and how that experience might relate to this essay I read, but I can’t. No matter how I write it, the part about Sears is boring. Maybe the experience of losing my daughter in Sears was boring. Life can be dramatic and boring simultaneously, and it can also be insignificant and interesting.

The essay I read was “Feminism and the Politics of the Commons in an Era of Primitive Accumulation,” and it was written by Silvia Federici in 2010. I had this amazing feeling while reading it, as if all these fragments of things I’d been thinking about were clicking into place, alongside many other thoughts that I hadn’t yet considered but that felt fundamentally true and important. When I tried to write about it, though, it felt flat, as if I didn’t understand the essay at all. Maybe I didn’t.

Federici has spent her career writing about what she calls reproductive work, a term that encompasses housework and childcare and eldercare, as well as other forms of labor that occur in the domestic sphere. This work, traditionally done by women, creates and comforts and nurtures workers. It is almost universally dismissed and devalued.

This weekend I took my daughter on a hike that winds past a large pond. The last time she and I went on this hike there were turtles sunning themselves on logs all along the shore. There were no turtles this time, because it is January.

In the essay I read, Federici claims that reproductive work was historically done collectively. Households were large and intergenerational. Families and friends raised children in cohorts, completed domestic tasks side-by-side, took turns caring for the sick or dying. Capitalism restructured the world of collective work in profound ways. Under capitalism, productive work was suddenly collective—people worked together in assembly lines or in offices—and reproductive work was done alone, in single family households.

One of the points I think Federici is making is that our society has lost “the commons,” which is a Marxist term for shared resources, including environmental, cultural, and intellectual resources. Federici complicates the idea of the commons by suggesting that they should be a place at which collective reproductive work is done, where people are restored together.

The commons are available to everyone and owned by everyone. Beyond that, I don’t know what they are. My daughter and I hiked on land that is owned and managed by the Missouri Department of Conservation, so it isn’t a commons in the Marxist sense, because it is State-owned.  I need to take a class on Marxism , so that I can understand what the commons are.

My daughter and I reached a bridge that crosses the pond. She was hungry. I gave her a snack and we sat on a low stone wall while she ate it. We looked at the pond.

“The water is beautiful,” my daughter said, and it was. I love the colorlessness of winter, how everything becomes a shade of brown or gray. I love seeing the empty nests high up on the leafless tree branches, an underlying secret reveled.

Federici calls the reproduction of human beings “the most labor-intensive work on earth” and I do understand that part of what she’s saying, because I have lived it and am living it with my daughter. It is incredibly difficult to raise a child in a country that offers so little support for that endeavor: exorbitant medical bills for pregnancy and childbirth, no paid maternity or paternity leave, crushing childcare expenses, etc.

The most progressive presidential candidates are calling for twelve weeks paid parental leave. That is not nearly enough, though of course I will celebrate if we can someday achieve even that modest victory.

I pointed out that there were no leaves on the trees, and my daughter asked why, and I tried to explain the seasons, and how there will be leaves again this spring. Talking about spring with her made me feel like crying. The fact that we have seasons is so incredible, and I don’t want climate change to destroy the planet, I want my daughter to have seasons for her whole life, and I wish that someone would do something.

What is wrong with having children in this country is so much bigger and deeper than costly childcare, more insidious, more seemingly impossible to correct. I hated being pregnant within our medical system, hated many of the healthcare professionals who treated me throughout my pregnancy and labor as an inconvenience to be dealt with, though of course I understand that their jobs have been made untenable by the insurance companies and pharmaceutical companies and primary care provider shortages. And I also understand that my healthcare has always and will always be colored by our society’s deeply embedded misogyny, which exists as much inside our healthcare system as it does outside it, as much as we might want to pretend otherwise. Speaking of misogyny, I hate being a mother in a society that hates mothers: that ridicules them and reprimands them and and makes examples them and distrusts them.

Despite all of it, though, I don’t at all hate being a mother to my daughter. I think that Federici’s fundamental point is that reproductive work should be approached collectively, not just because it’s hard, but because it is life-giving. Valuing this work is indistinguishable from valuing humanity and all that it means to be human.

Various parenting resources have told me that I should not use the word don’t, as in “don’t run,” because children are unable to picture a negative. Instead I should say, “walk.” This advice makes sense to me and I try to follow it, though of course changing one’s language is hard and I often fail.

I think it must be difficult for adults to picture a negative, too, or at least it’s difficult for me. I would like to imagine a world without capitalism or climate change, but I can’t. I find Federici’s essay helpful for this reason: I’m not being asked to picture the negative of something, but rather the positive– the commons, a meeting space outside the marketplace, for which no admission fee is required. That too is difficult to imagine, but  I’m trying.

Sometimes I think the central problem with my life is my lack of imagination. If I could better imagine different modes of being, perhaps I could live in a better or more ethical way.

My husband, Tony, has always been better at imagining, and that’s one of the many things I love that about him. As the less imaginative party, however, I will admit that I’ve sometimes felt put upon in our relationship. I have felt as if I’ve had to do more than my share of making the imaginary real, which is the more difficult work.

Looking at the pond with our daughter, I wondered if that was true in any sense: have I actually done more of that work than Tony? Is that work any harder than imagining? Which of those kinds of work is reproductive, or is neither?

Tony has never asked me not to imagine, in fact he has only ever encouraged me to be imaginative, over and over again, which is another thing I love about him. Still, the  world will never encourage me in the same way it has Tony.

It is hard to be open to the idea of the commons when, so often, society seems like the problem. Isolation is natural response to a deeply flawed world. But Federici is asking me to picture something different: relationships that are separate and apart from society, or at least the society I currently know. My relationship with my daughter is that, and my relationship with Tony is that when it is at its best. These relationships are, as far as I can tell, the reason for all of it. Or at least a reason, and an important one.

It is easy to write that I’m sad about the future because of climate change, but it isn’t the whole truth. I am sad about the future because life is sad. Life is sad because it is amazing, to have once seen turtles sunning themselves on a day in August with a two-year-old who was delighted by them, to have remembered those turtles while sitting next to her half a year later, to have gone home thinking about them, wanting to write something about the pond and an essay I read, to try again after a failed experiment of writing about her getting lost in Sears, to know that I could never capture the experience of looking at the pond exactly, but wanting to try anyway, for no reason at all, except that it felt worthwhile to me.

The ability to think or feel something very deeply, and to remember that thought or feeling long after the circumstances have changed, is intrinsically sad. The impossibility of sharing one’s thoughts or feelings, not for lack of desire or trying, but for the frailty of human communication, is sad. So is knowing, without a doubt, that someday all of it will end in death.

Climate change promises systems-level irrevocable change and death. But life promises those things, too, on a personal scale.

Federici’s commons don’t fix that and can’t fix that. But still, they suggest an honesty and value system that might make it all the more bearable. All that Federici’s commons do is recognize the labor involved in giving and sustaining human life, and the value of that labor, and those lives. That seems like so little, but also like so much more than anything else. 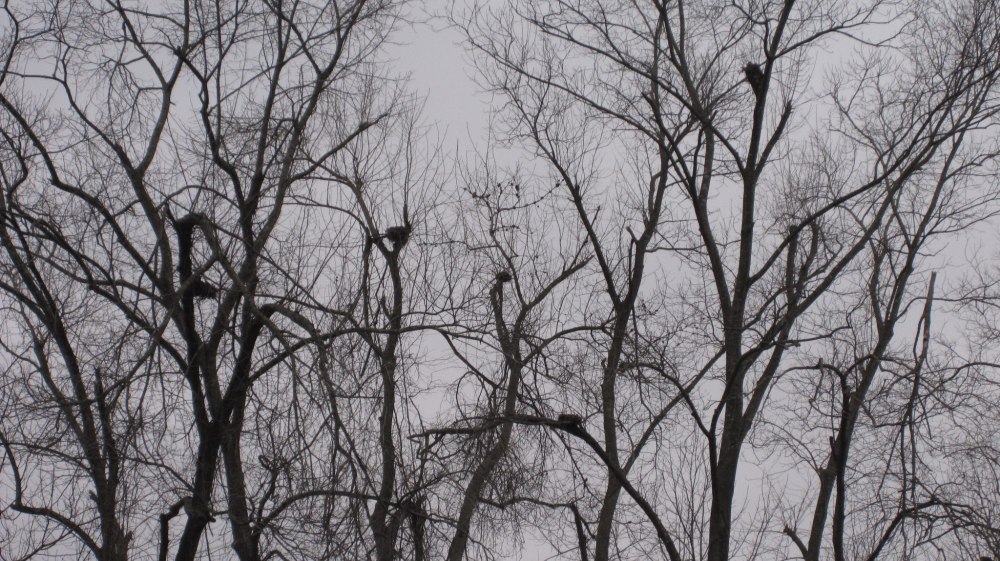